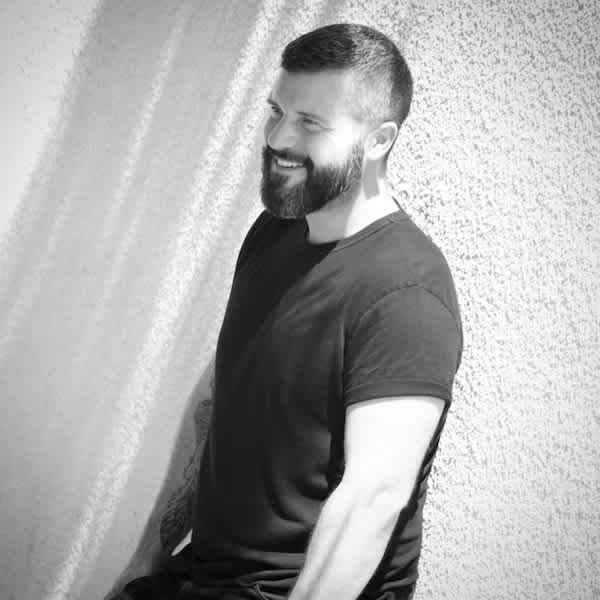 We spoke to Nicolas Baurain, the prolific leather goods designer currently heading up the accessories team at Karl Lagerfeld in Amsterdam. In addition to launching his own eponymous label, Baurain has worked across the globe for the likes of Alexander McQueen, Ralph Lauren, Tory Burch, Diane Von Furstenbeg and Jimmy Choo. We decided to catch up with Nicolas to discuss his journey in the fashion industry so far…

When did you realise you wanted to pursue fashion design?

Quite late actually. As a child and teenager I wanted to be a veterinarian, but my creative mind was more successful at school than my scientific one. I just wanted to sketch, paint, be an artist, without really knowing what it meant.

I then studied Plastic Arts (as we call it) at university in Paris, but it ended up being too abstract for me. I soon got accepted at the Duperré Graduate School of Applied Arts to do advertising design but found out quickly that that wasn't for me either! I eventually found fashion, which was a revelation. I focused on womenswear: Mugler and McQueen were my gods!

Where do you get your inspiration from?

Everywhere really. Travel, culture, people in the streets. As a creative mind I like all arts. A movie can bring a mood, story, music and energy. Museums feed my appetite for shapes, patterns, and interior design magazines are great for colour palettes. I am also a vintage collector (of bags obviously) but other objects in general too. I don't like literal translations when designing, but vintage references are always a great way to start to reinterpreting.

You’ve worked with some amazing brands over the past 15 years, what’s been the most significant moment in your career?

My first true job in fashion was in haute couture assisting the Creative Director at Carven. I then worked in ready-to-wear, and properly started designing accessories at my second job at Guy Laroche. After this, I decided to continue designing leather goods, which was quite rare at the time. We had no formation yet at school, and “IT” bags were just coming out.

McQueen has got to be the most inspiring and exciting moment of my career. I was designing accessories for the two years before Lee passed away. Creativity was at its highest and most excessive point; the design teams were digging into all the inputs Lee was sending over and over. It was endless. He was building his own personal story, and it was so incredible and inspiring to see all the elements of his vision put together and translated in a fashion show. Every person who worked there felt part of something really special and gave 300% of themselves. I worked on the collections that I consider some of his best: Natural Distinction (SS09), Horn of Plenty (AW09), Plato's Atlantis (SS10) and his final AW10 collection – finished by Sarah Burton before she took over officially.

How did you come about launching your own accessories brand BAURAIN?

It took me years. Ever since my first job I wanted to have my own brand but I wasn't brave or strong enough at the time. The project evolved with my career and my design focuses.

It was in 2016 whilst living in New York that it all came together. I was consulting for several brands at the time. As a true versatile designer, I love playing with a brand’s DNA and reinterpreting codes in new ways. I felt it was time to embark on my own creative adventure and start designing more freely.

You’ve travelled a lot for work since graduating, which city has been the highlight of your journey so far?

I have travelled a lot indeed, and always for work. I moved from Paris almost 12 years ago to go to London and then New York. London is one of my favourite cities. The whole package was there, and the McQueen experience (as well as the old Shoreditch days) was a big part of it.

I decided to move back to Paris in 2017, but quickly packed up again to move to Amsterdam in 2018 for the job at Karl. It’s a city I would have never considered a few years ago, but it offers a very international and chilled lifestyle, with no car, no pollution, except for the weed smoke haha.

Think out of the box, and step out from your comfort zone.

You’re currently heading up accessories at Karl Lagerfeld. What’s the best thing about your job?

I joined Karl Lagerfeld more than a year ago, heading up the accessories design team. I found something I had never found in the whole 20 years of working in the industry – a very respectful and healthy work environment. It truly feels like a family there. Internally we call the office our "home away from home"!

Finally, what are your thoughts on sustainability in fashion?

It is definitely the thing of the moment. Fashion is the most polluting industry on the planet so, being a part of it, I feel good to see companies and fashion groups are aiming to make a change. Environmental problems are truly worrying, especially the issues with plastic that we are facing. I am as conscious and active as I can be, but I am hoping for stronger actions for the replacement of plastic and then hopefully its total banishment.

Karl's company recently joined the Fashion Pact initiated by Kering and Mr Pinault, in the context of the G7 Summit held by President Macron in Biarritz, France. We're all very proud of it, and are working to become more responsible when it comes to sustainable product sourcing and manufacturing.

We have already actioned a ban on fur and exotic skins, replaced PVC for PU, and nylon for recycled nylon. We are always looking for ways to become more eco-friendly. 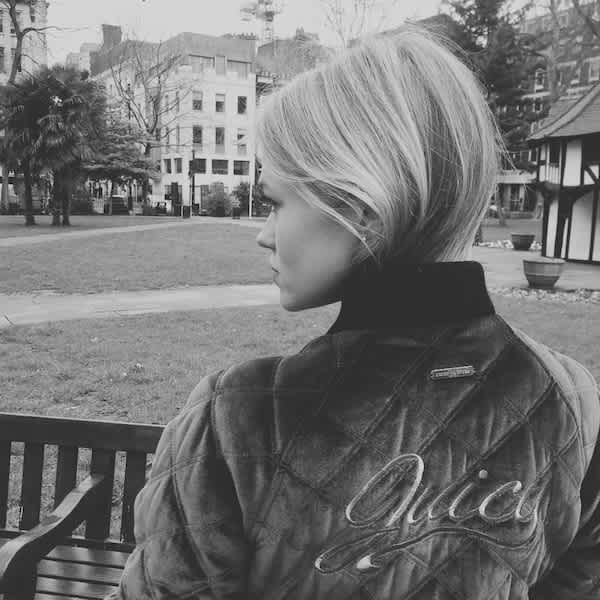